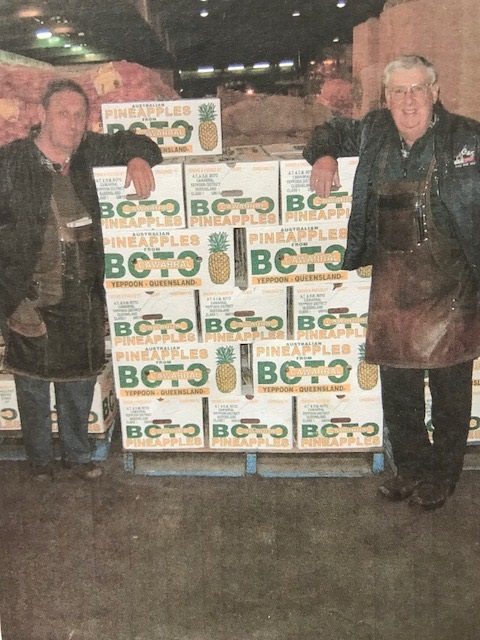 The Express Fruit story began with a man named Len Greer. Len, who had been operating a wholesale fruit stand in Flemington Markets for some time, was looking to retire and needed to find someone he could trust to take over his business. Then came along John Fathers. In 1978, an opportunity presented itself for John to work for and subsequently buy Express Fruit Service from Len Greer. Being a family friend of Len’s, he happily agreed.

A good friend of John’s, Graham McConnell, had been working for over 15 years as a wool buyer for a Japanese company, living in and out of Sydney and Melbourne visiting wool selling centre across Australia.  Needing to travelling every week, this made bringing up a young family problematic. Knowing this, and  John was eager to have Graham join Express Fruit offered Graham if he’d like to join in a partnership of their own. It was through John & Graham’s vision, dedication and hard work that the early foundation of this successful business was formed, and together they ran Express Fruit for 36 years.

Both individuals became highly respected in the Markets. Graham was known for his kindness and fair approach to family, friends and business while John was considered to be the best pineapple marketer, distributing to all over Australia. John Fathers eventually left the Express Fruit as its influential founder, while Graham McConnell continued building the business.

John Fathers eventually left Express Fruit and Graham McConnell followed suit some years later. While their life-long friendship continues, their very successful and flourishing partnership had come to an end. However, their legacy still carries on through Graham’s sons. Brendon McConnell started with Express Fruit in 1991, previously working as a successful chef. His professional love for food translated to the business well and he has become an integral figure in developing close relationships with growers and driving the importance of sourcing only the best quality produce. Soon after, Greg McConnell joined the business in 1994 on what was initially a 12-month contract. Just like his father, his passion for leadership and the industry at-large saw him stay with the business for longer and Greg eventually emerged as Express Fruit’s General Director.

Express Fruit focuses on the quality of their staff, their relationships with the market and most importantly, their produce. While having direct access to the major supermarkets like Coles and Woolworths, we also value our independent retailers and champion the importance of healthy competition. 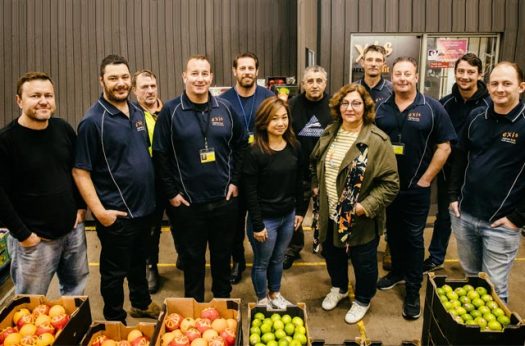